Posted on October 3, 2015 by maryannniemczura

My first glimpse of the Berlin Wall happened on a cold, windy, snowy day in March 1964. Some 25 years later, the Wall came down. My first Fulbright year in Germany as an exchange teacher was in a small town in Baden-Wuerttemberg called Neresheim. About a ten minute drive away, we looked out the window of our apartment in nearby Schweindorf, population 300, where we lived. We awoke on October 3, 1990, to see a massive German flag flying over the village square. Later we watched huge outdoor celebrations on television which were broadcast live from Berlin.

The significance of seeing a German flag flying was noted as unusual by me. Unlike classrooms in the US where I often saw the American flag, German classrooms did not have flags. Events of WWII were the reason I was told that Germans did not fly their flag as we did. I sensed something very different in the air that day when the two sides reunited and became one Germany again.

Looking back on my first experience some 50 years ago, I noted how the wall cut through more than buildings and separated entire families from one another. It also separated the hearts and souls of people. The Wall was a symbol of the Cold War. I felt eerily sad every time I saw it. People could not touch and walk through the Brandenburg Gate at the heart of Berlin. Tour busses loaded with sightseers simply drove about one mile away and slowed long enough for tourists to snap their photos. They could not get off these busses it was explained.

After the Fall of the Wall in Nov. 1989, people once again approached the Brandenburg Gate. I took our children to Berlin to touch the Gate and to see a remnant of the Wall left as a reminder of what it symbolized. In my student days, I could not go near the Gate either. Now 25 years after German Reunification, it seems a distant past when the Wall existed. What a teaching moment that was! 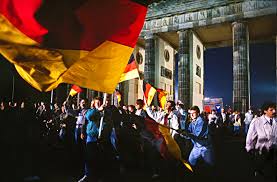 Our “second family” lived in Schweindorf, and we had an apartment above the family restaurant. The youngest daughter made her Confirmation in the village church. We were invited to the ceremony and to a meal afterwards in the restaurant which was closed for the family celebration. I noticed one table of people I did not recognize. Our host, Herr Spielberger, explained to me that these were family members he had never seen since the Wall had separated them. I was fascinated that they had traveled to be with family on this special occasion and honored to be a part of it. 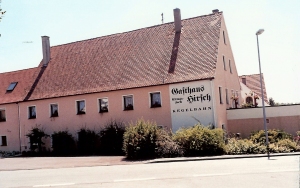 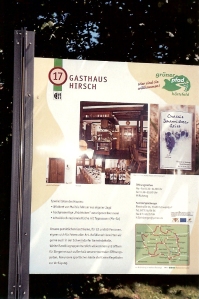 Four years later when I taught in the former East Berlin, I met a lovely violin teacher whose husband also played in the Berlin Philharmonic. And as such, he traveled to the US and went on a concert tour. This couple’s son was born the day the Wall fell. They did not appear to be like most East Germans I had met. Rather, they were very American to me right down to driving an automatic car. I asked the husband how it felt to be in the West and to see everything available to people and then return to the East where fresh vegetables and fruits were not always readily available. I was told they had what they needed in the East. It was a matter of family and where he grew up that kept him returning to the former East.

Today I can understand that better than when I was a 20 year old university student. It seemed so cruel to me to see a high concrete Wall embedded with broken glass and barbed wire and guard dogs and towers and guards ready to shoot anyone trying to escape. That was a sad period in Germany history. But today that is the past.

Now I celebrate the day of German Unity as I did 25 years ago by remembering the events, the people, the images, the sounds and all the sights.

What to my surprise this morning
at the park when someone said
“You’re the German Teacher!”
Who might that be?

A park employee from the office
where I left a copy of my book
and the blog about the boat
Zeitgeist. Said he loved the

way I wrote it. Then another
surprise: live music. A walk for
Alzheimer’s. What a wonderful
way to start my day as I

celebrated 25 years of German
Unity. For I was there on
October 3, 1990 when big
celebrations took place as

the two Germanys united
to become one. At last.
No more wall and separations.
Ah, such a glorious morning it was! 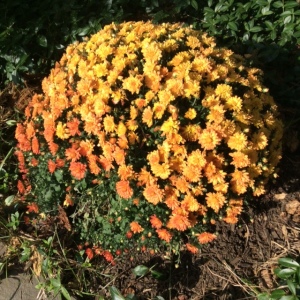 12 Responses to The German Teacher