Posted on March 14, 2015 by maryannniemczura 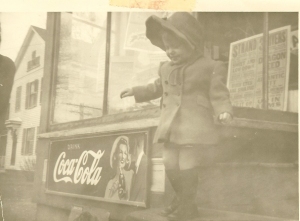 Recent media accounts of a couple in Maryland prompted me to write this week about the freedom and pleasure of childhood play. I was fortunate to start my early childhood years in rural Massachusetts in and around the Springfield, Palmer and Sturbridge areas. In the late forties and early fifties, it was commonplace for children to play freely on their own in neighborhoods. I remember as the eldest, helping out my younger siblings to walk the mile down Cedar Street to the intersection with the main road where the yellow school bus picked us up and dropped us off at the end of the day. Unsupervised. No one ever questioned us about where our parents were. Life was different and much simpler in many ways. We had responsibilities, freedoms and were self-reliant. We learned to make our own decisions.

Fast forward to my own children and their freedoms in our Central New York neighborhood. Just as in Massachusetts, neighbors were around but did not intrude in our lives. We probably would have run home quickly or my children would have to “report” that some adults asked them about their parents. When did we as a society become this way? Allowing children to be children and giving them freedom and responsibility at an early age was tantamount to growing up. We all wandered the neighborhood and played around the corner out of sight of our parents. This was considered normal and in my book, it still is.

In Germany during my first Fulbright year, we lived in the village of Schweindorf where children were given responsibility at an early age and expected to be able to cross the street and get to the neighborhood schools on their own. Our two wandered and played for hours in the big barn and adjoining lands. No one bothered them. Children are not held on a short leash in Germany like US parents are wont to do. Don’t we want our children to be self-reliant, independent and to assume responsibility? How else are we going to teach them that?

The resulting decision to charge the Maryland parents with potential neglect is ludicrous. The people who called the police are probably the same ones whose parents were so restrictive and did everything for their offspring. The result is a society in which 25 year olds walk around, incapable of making a decision for themselves. Statistics also show that stranger abduction is very rare in the US. So, I think it high time to teach our children those all important skills they will need in life. Yes, mistakes are sometimes made, but don’t we all learn from our mistakes? That is also a valuable skill. Isn’t it time to let go and to trust our children to be responsible and self-reliant? 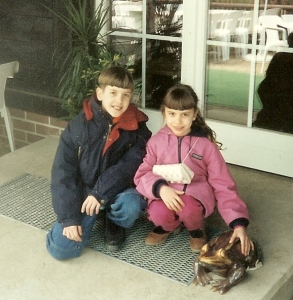