Posted on September 9, 2016 by maryannniemczura

My story begins in Massachusetts where I was born. From age 5, I recall a smoke bush outside the window and playing all day long outdoors with my sisters and neighborhood friends. There was a grand piano in the living room. The house was purchased complete with furniture from two maiden aunts who died. It was a great place without electricity and plumbing. The house was probably built in the 1880s and indoor plumbing and electricity were not common. Lest you think we used an outhouse, I’ll ease your mind by telling you that my father installed electricity and plumbing before we moved into the house on the top of a hill in Monson, Massachusetts. It was a magical place for us.

Things I remember when I was a young girl included the following:

-we listened to the radio
-we had no television
-we had no car
-we had no computer, internet, wifi, etc.
-we played long hours outdoors in the neighborhood and only came in for a quick lunch
-on rainy days, we played imaginary games indoors, cards and created paper projects
-we picked blueberries
-we walked one mile down the road to catch the school bus

When we were sick and stayed home from school, we listened to radio plays such as The Lone Ranger on the radio complete with sound effects. The first time I viewed this program on black and white television, I sat holding on to the chair and frightened at some of the scenes. At the time I was probably 7. The phones were the big black rotary kind attached to the wall and had party lines or shared phones with neighbors. It amazes me that my parents walked everywhere (grocery shopping, doctors, church) and only got a car with our move to Sturbridge. My mother did not get a driver’s license until she was 35. I waited until I was 19 because I saw no need since I could not drive at college.

Still and all, we were not deprived. Our lives were rich and filled with adventures. We were happy and healthy and knew how important friends and family were. We had a big garden with a variety of fruits and vegetables which later in Sturbridge, my mother canned for use during the winter months. I watched my father chop and store wood for our fireplaces. Sometimes, as a treat, we roasted marshmallows and baked potatoes in the fireplace. We played board games and cards and later practiced piano. Life was great.  We were happy.

We collected little frogs which jumped in the grass as my father mowed it with a manual mower. We saw our share of harmless snakes which to little girls seemed dangerous creatures. Many hours were spent in the woods behind the house collecting Fall leaves which we pressed between sheets of wax paper and hung in the windows. We also nibbled on wild blueberries and checkerberries.

Sometimes today, I wish for unfettered play for children. I wish the electronic gadgets were turned off , and kids explored nature. When blueberries were ripe, we took little pails and went blueberry picking or better known as carrying pails mostly empty. Instead we had blue mouths and fingers. We were happy in winter too building snowmen and getting bundled up in snowsuits to sled down the hills in our backyard. I miss my mother’s blueberry and apple pies. The big thing I wish for today’s children is less micromanaging by adults in their lives. This includes less organized sports for very young children. The old adage comes to mind: Let children be children.

Each had a tiny
metal pail for
the blueberries.
We picked.

Our parents
kept a watchful
glance as
they filled

empty, we
smiled at them
with little blue mouths
and fingers. 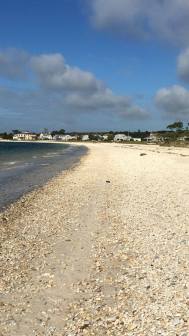 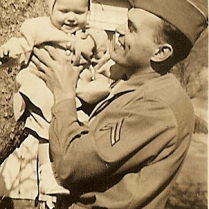 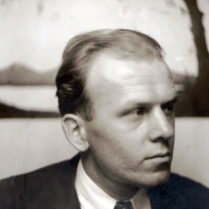 18 Responses to The Good Old Days